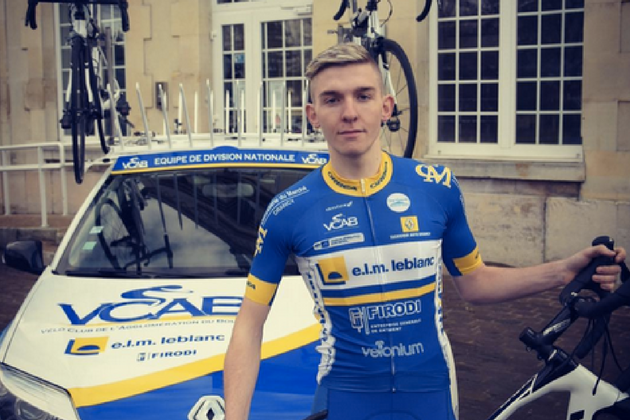 A youthful French proficient cyclist was killed in a crash with a rescue vehicle at a race in New Caledonia, coordinators said Friday.

Mathieu Riebel, 20, was slaughtered in a flash in the crash at the Tour de Nouvelle-Calédonie, a yearly 540-mile race over the French Pacific region

His colleague Erwan Brenterch, 31, likewise endured a softened leg up the crash, which happened amid a plunge area on the western edge of the fundamental island.

"The race has been halted and I don't know whether we will continue tomorrow," said Gerard Salaun, leader of New Caledonia's territorial cycling panel. (Refresh: The race continueed. Victor Leo Danes later offered his yellow pullover and prize cash to Riebel's family.).

The correct reason for the crash has not yet been resolved, Salaun said. Yet, he included that one of the cyclists is accepted to have compromised.

The crash occurred on the main phase of the visit, which started on October 13 with 62 riders.